Why does a bird knock on my window every morning?

Dont Be Too Worried

Whether or not you believe in the universe sending you signs or signals, this could be a sign that it’s using this bird and your window as a way to let you know that everything will be okay. If life currently has just been a bit much and things seem to be closing in on you, this could be a sign that the universe is telling you to breathe and that everything will be okay, similar to the transitional message. As birds have always been a symbol of freedom (also check other animals representing freedom), independence, and hope, you will be alright soon enough, but just like birds, you must keep hope alive and follow the currents of the air out of this difficult spot you’ve found yourself in.

Some people try to prevent birds attacking panes of glass by covering the outside of targeted windows with non-reflective cellophane. The problem with this is that wind and rain will quickly make the cellophane come adrift and ineffective. A better alternative is to use a decal or an internal window deflector. I find that a Bird's Eye View window deflector works well. It breaks up the clear view of the glass for the birds and stops them striking at their own reflection. At the same time it's small enough not to obstruct your view of the outside. It's also easy to remove from the window if you should want to.

Why Do Birds Peck at Window Putty?

This behavior is commonly carried out by members of the tit family in the autumn and wintertime. Window putty acts as a seal between the frame and house wall, so damage to it can cause rain to enter your home. Birds get linseed or fish oils from the putty to replace a mineral deficiency in their diet. They may also be searching for insects trapped beneath the seal.

The best way to deter birds from attacking your window putty is to apply several coats of gloss paint over it. You can also brush aluminium ammonium sulphate over the frame and seal as birds don't like its taste. Alternatively you can try using a synthetic putty that is made without natural oils.

Not all birds pass the same message when they hit your window. The message most times depends on the type of bird. 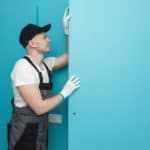 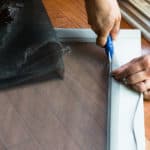 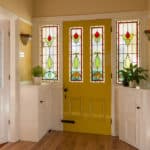 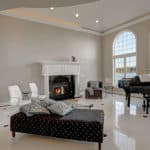