What is Washing Soda?

Washing soda, also known as soda ash, is chemically known as sodium carbonate with the chemical equation Na2CO3. Originally, washing soda was extracted from the ashes of sodium rich plants which is how it got the name soda ash.

While baking soda is widely known as a leavening agent, washing soda is mainly a laundry booster.

To Clean the Washing Machine

Make a paste of baking soda and water and use it to wash the inside of your machine. Apply the paste to a cloth or sponge and scrub the inside surfaces of the machine; rinse when finished. The next time bubble gum or candy canes accidentally get loose in the washer, use baking soda and a plastic tool to gently scrub the stuck-on surprises off the machine. The same paste can be used to gently scrub stains off the enameled outside surfaces of a washing machine or dryer.

Vinegar and baking soda can be used in combination to thoroughly clean and freshen your washing machine.

You can check out the photos we took below. Baking soda is a more fine powder, while washing soda is more course and textured. 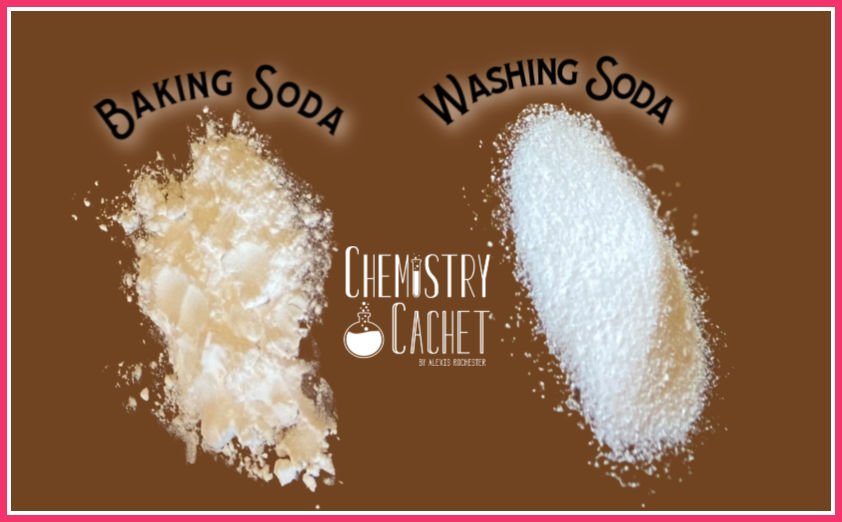 We have gone over some of the quick, but main differences and purposes for washing soda and baking soda. Now, we want to share with readers the main uses for each of them in the home.

The next part of our post is going to be about proper usage for these two items. We will start with washing soda.

Acid spills and stains on clothing can come from various sources, including:

Quickly rinse acid spills and then sprinkle baking soda on your clothing to neutralize the acid and prevent damage to the garment. If the acid is already dried, you can still neutralize it with baking soda before washing to prevent further damage to your machine.

Is Using Baking Soda and Vinegar Together a Good Idea?

The short answer is no. And the long answer goes like this: When used together, baking soda and vinegar will neutralize each other, effectively canceling out the benefits of low pH for vinegar and high pH for baking soda.

Baking Soda: Baking soda costs less than washing soda. It costs around $1.29 for a 32-ounce box of baking soda in the United States.

Washing Soda costs around $2.03 for a 32-ounce box of washing soda in the United States. This type of alkaline material that is used to clean our dishes and other household items can be found in most grocery stores where it can be purchased in different sizes.

You can easily find this super washing soda in the laundry aisle next to all the laundry boosters products at grocery stores.

This cleaning products can also be purchased online at places like Amazon where you can find it in bulk.

What, then, is the difference between washing soda and baking soda?

Baking soda has a lower pH level than washing soda. Baking soda such as Arm and Hammer baking soda is also edible, can be applied to human skin and can clean most surfaces without causing damage. Washing soda is caustic and should not be consumed, inhaled or applied to the skin.

However, when baking soda gets heated up in high temperatures, this chemical formula mainly used for baking dish breaks down to become your own washing soda, water steam, and carbon dioxide.

If mould and mildew have taken over your bathroom then mixing vinegar and baking soda, or baking soda and warm water will do the trick.

When it comes to uses of baking soda, cleaning is one that probably doesn’t come to mind, using bicarbonate of soda for cleaning is a great natural solution for many cleaning problems. 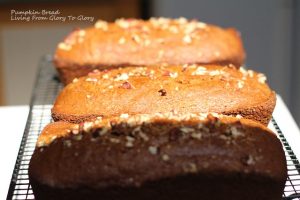 So far, you can use washing soda for most of the tips. Baking soda has been preferable for only a few of them. From here on down, you must use baking soda.

Let’s not forget the obvious! Use the amount your recipe calls for.

Add ½ teaspoon of baking soda for every three eggs to make your omelet fluffier.

If your ice tea is bitter, add a pinch of baking soda. The soda will also prevent it from getting cloudy.

You can buy produce washes, but you don’t need them. If you want do more than rinse your produce, sprinkle baking soda on a clean, damp sponge or cloth, scrub and rinse.

Rinsing produce under running water uses a lot of water, though. If you have very much to rinse, put some rinse water in a bowl and dip the food in it instead.

When you soak dried beans, add a teaspoon of baking soda. The beans won’t produce as much gas when you cook and eat them, and will be easier to digest.

If you get strong odors on your hands, whether from cooking or otherwise, moisten your hands. Then rub them with baking soda. Rinse.

So, what is the difference between baking soda and washing soda?

The difference between baking soda and washing soda is water and carbon dioxide. That’s it!

When baking soda is heated up to high temperatures, it breaks down to become washing soda, water steam, and carbon dioxide.

Can I substitute baking soda for washing soda?

Is borax the same as washing soda?

No, borax is made from boric acid (this is a whole different post for a different day)

Can I use borax instead of washing soda?

Though washing soda and borax are often used in household purposes (mainly for cleaning), they are not the same. Both of them are used as laundry boosters. Many households uses borax as a catalyst while washing soda as the main cleaning agent.

Using washing soda in the garden

Keep hedge trimmers, saws, and clippers in good condition by sprinkling washing soda on a wet stiff-bristled brush on a sunny day. Scrub and rinse. Let the tools dry in the sun. Do not use soda on aluminum.

49. Pest control in the garden

Use a solution of ½ cup washing soda and 2 gallons of water to control whitefly and mites on trees and plants.

Use a solution of ¼ cup washing soda, one cup milk, and one gallon of water to spray on roses to control mildew and blackspot.

Mix equal parts salt and washing soda and sprinkle the mixture wherever you see ants entering your home.

The next section will contain instructions for how to control weeds in cracks in the driveway. As long as you’re using this mixture to discourage ants, you might as well put some on nearby weeds. Just make sure you don’t get it too close to what you want to grow.

Scrub the deck with washing soda in hot water–maybe half a cup of more per gallon. It cleans it and makes it less slippery.

If you have moss on your patio or stone path, or if rotting leaves have left slime, mix a cup of washing soda in hot water and scrub with a brush. Use rubber gloves. 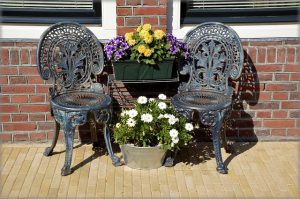 Scrub it with a stiff-bristled brush on a sunny day. Rinse with a hose and let the furniture dry in the sun.

Use the same solution to wipe plastic furniture and cushions with a sponge or dish cloth.

Sprinkle some washing soda on and under cushions before you store them for the winter.

Do not use soda on aluminum.

You need to test your pool frequently to make sure it has the proper pH balance. If it’s too acidic, add washing soda a little at a time until you achieve it.

Why Choose one over the other?

I ran a test to see if one powder works better than the other. I define “Works Better” as: “draws more current at a fixed voltage and therefore works faster”. First I cut two identical plates (4″ X 4 5/8″) out of 1/16″ thick mild steel to use as positive (anode) electrodes. I polished them with Scotchbrite so they were shiny on both sides. Then I located two rusty items of identical size and level of rustiness (old drifts from an auction pail) to use as the negative electrode (cathode). Next I poured 2 gallons of tap water into a 4 gallon plastic pail, filling it to 5 1/2″ deep. I added 4 tablespoons of baking soda to the water. I hooked up the electrodes and plugged in my homemade battery charger/power Supply. I set it to 15 volts and took an initial current reading. I took a few readings during the first half hour, then waited one hour and took another reading. I continued taking hourly readings for a total elapsed time of 10 hours. At each reading, I reset the voltage to 15, if needed, so I’d be comparing apples and apples. Then I cleaned the pail up. I installed the other mild steel plate as the positive electrode and used the other rusty piece as the cathode. So, I had an exact duplicate of the previous test, except that I added 4 tablespoons of washing soda.

Washing Soda causes slightly more current to flow over a 10 hour period than Baking Soda does, but probably not enough more to make it worth a special trip to the store.

If you want to see the details of the test I ran, here’s my Excel Spreadsheet: Derusting Electrolyte Strength Test

Here you can see the results of the two tests. Both drifts (the parts that I “Derusted”) look about the same after the test. It’s the left end of the drifts that I derusted. The shiny right ends are due to my polishing them slightly to get good electrical contact. About the only difference I can see between the two tests is that the anode plates themselves rusted very differently. The rust on the “Baking Soda” plate is very fine and tightly attached. But the rust on the “Washing Soda” plate is coarse, thicker and very loose. So loose, in fact that about half of the rusty surface slid off the piece as I was moving it from the pail to the floor for this picture.

How to MakeLiquid Laundry Soap

These recipes are also a great way to save money on laundry. By my calculations, I am saving over half on my laundry bill by switching

Where do you buy washing soda?

You can purchase washing soda at most grocery stores or places like Target or Walmart. Look in the laundry aisle for the big yellow box near the detergent. It’s usually next to the borax.

Washing soda can be difficult to find but it is becoming available at more and more grocery stores. If you can’t find it you can always buy it on Amazon.

The following are affiliate links. We are a participant in the Amazon Services LLC Associates Program, an affiliate advertising program designed to provide a means for us to earn fees by linking to Amazon.com and affiliated sites. Thank you for being part of Crafty Little Gnome.

The versatility of baking soda, or soda bicarb, as it is also known as, is legendary. Besides its usual stain-removing properties, it is also used in cooking and as a beauty product. Here are a few of the many uses of baking soda.

As a Cleaning Agent

These cleaning agents are environment-friendly, and are easy on the pocket. In fact, washing soda and baking soda can actually eliminate a lot of chemical-laden products from our lives, helping us to keep our planet green.

Can you recycle pill bottles? How to dispose of prescriptions